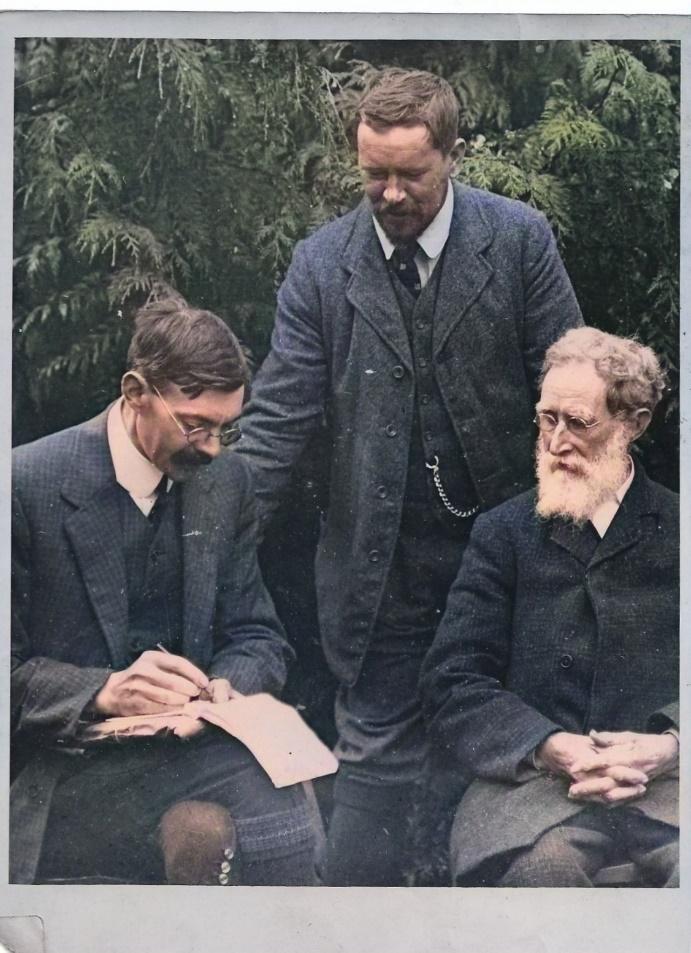 Tadhg Ó Murchadha (1843-1919). Born in Macroom, Ó Murchadha left school at a young age and set off to be a tailor in nGleann na Láine (Ballinagree), where he learned Irish. He moved to Cork city in 1864. The country was boiling with the spirit of Fenianism and Ó Murchadha became an activist. He was present at the founding of the Cork branch of the Gaelic League in 1894.

He seems to have had little ability in writing Irish but he was involved in the translation of Robinson Crusoe into Irish. Diarmuid Ó Murchú is said to have helped him and Traolach Mac Suibhne/Terence McSwiney recorded his memories in The Story of ‘Shandun’ which relates to the time of the Fenians in Cork. It was published in 1920 and Ó Murchadha never saw it in print.
There is one sentence in the preface which expresses the old tailor’s eagerness for accuracy of speech: ‘most vigorous and fluent ‘.

Shán Ó Cuív held him in high esteem as an Irish speaker and he appears in a number of the surviving photos in Ballingeary from around 1912.