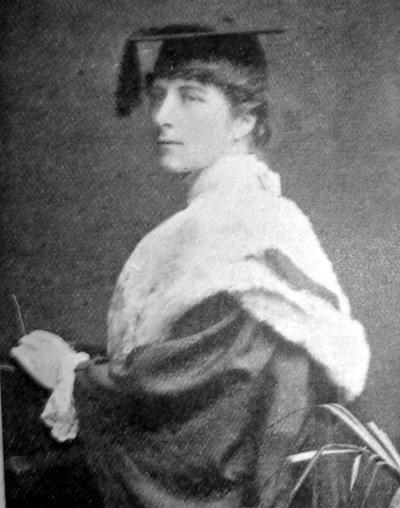 Máire Ní Chinnéide (1878-1967). Born in Rathmines, Co. Dublin, Máire learned Irish on holiday in Ballyvourney and earned the first annual scholarship in Irish from the Royal University. She spent this on visits to Coláiste na Mumhan. She later taught Latin through Irish at Ballingeary and became proficient in French, German, Italian and Spanish. She studied in the school of Old Irish established by Osborn Bergin and was strongly influenced by Rev Dr Ó Dálaigh.

She married Sean MacGearailt, later first Accountant General of Revenue in the Irish civil service and they lived in Glasnevin and then in Dalkey.

She was a founder member of the radical Craobh an Chéitinnigh, the Keating Branch of the Gaelic League (Conradh na Gaelige).

Along with Cáit Ní Dhonnchadha, also an Irish-language enthusiast and cultural nationalist, she was credited with having created the game of Camogie, then called camoguidheacht; they had assistance from Ní Dhonnchadha’s scholarly brother Tadhg Ó Donnchadha, who drew up its rules.
She is also said to have persuaded Peig Sayers to tell her story of life on the Blasket Islands.