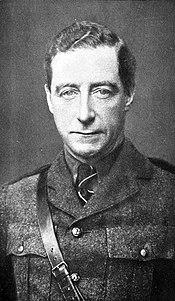 Cathal Brugha (1874-1922). Born Charles William St John Burgess, in Dublin, Brugha joined the Gaelic League in 1899 and adopted the Irish version of his name.
In 1908, he was elected President of the Keating Branch of the Gaelic League.
He was a lecturer at Coláiste na Mumhan, Ballingeary in 1910.
He took part in the Easter Rising in Dublin in 1916 and was badly wounded.